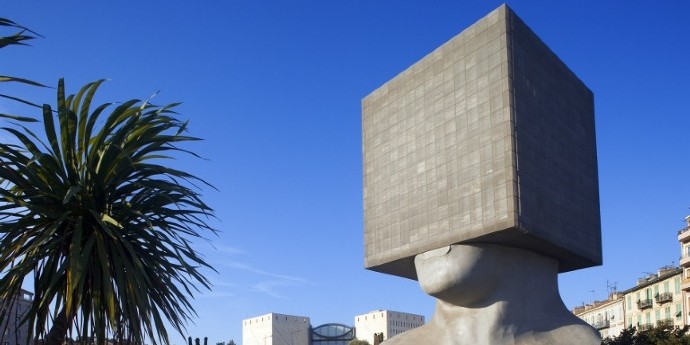 You are most certainly familiar with the building, it looks peculiar enough!  Some love it some don’t and call it urban visual pollution.  To be sure, it leaves few people indifferent.  Over time, it has become a town landmark.

Years ago, Nice counted 15 cultural centres, 1 multimedia library and 3 library-buses.  in 1994, Nice town hall purchased the site, now called, Promenade des Arts in order to install a center more suitable to modern needs.   It was named Bibliothèque Municipale Louis Nucéra and is now the heart of the BMVR network (Bibliothèque Municipale à Vocation Régionale) which includes the Romain Gary Library and 12 district libraries.  The project was launched by the state to counterbalance the national Bibliothèque François Mitterrand.  The BMVR certification label is given to towns over 100.000 inhabitants that build over 100.000m2.  Each Region Library is responsible of its own purchases and activities within respect of the National Library rules.

Who was at the origin of this unusual construction?

In 1994, the mayor of Nice, Jacques Peyrat, organized a contest for a cultural construction.  Architects Yves Bayard and Francis Chapuis  and artist Sacha Sosno’s project for a library was chosen.  Together they conceived the first inhabited sculpture in the world.  Indeed, the « Square Head » houses the library administrative services. The building is 30 meters high with 3 floors in the neck and 4 in the very head.  The whole structure was built in aluminium by shipwrights.

In this monument, Sosno used what has been termed ‘l’art d’oblitérer ‘ or the ‘art of obliteration’ as a result of his characteristic voids or solids added to an artwork, which obliterate or distort the full picture or figure. Thus giving the viewer the task of imagining what is absent: «I only do 50% of the work; other people have to finish creating the sculpture ».

He had discovered this technique with photography.  « When erasing almost mechanically parts of a photo with a felt pen, I saw an image come into being which might become support for aesthetical perception.  My notion of obliteration was born. This desire then moved on to the concept of  ‘hide and seek’ applied to sculpture and historic archetypes. » Sosno explains in an interview to Lou Can in  April 2012. This way, the spectator takes part in the creative process.  Imagination fills in the void and meaning is accentuated.

The alignment of the TNN, MAMAC and BMVR buildings forms a strong cultural synergy. It opens onto the Coulée Verte, the Promenade des Anglais and the sea, all emblems of our town and its art de vivre. 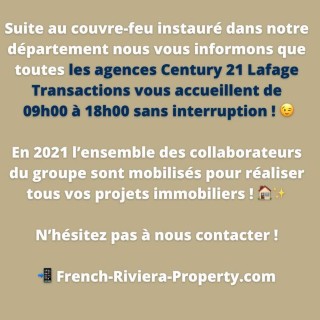 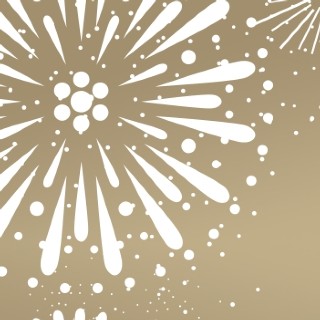 C21 LAFAGE TRANSACTIONS WISH YOU THE BEST FOR 2021
All the Century 21 Lafage Transactions team give you their best wishes for 2021!

ISAÏA GROUP : A UNIQUE APPROACH TO COMPANY AND CONSTRUCTION
Once upon a time there were two brothers, 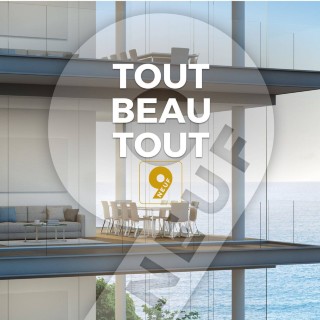