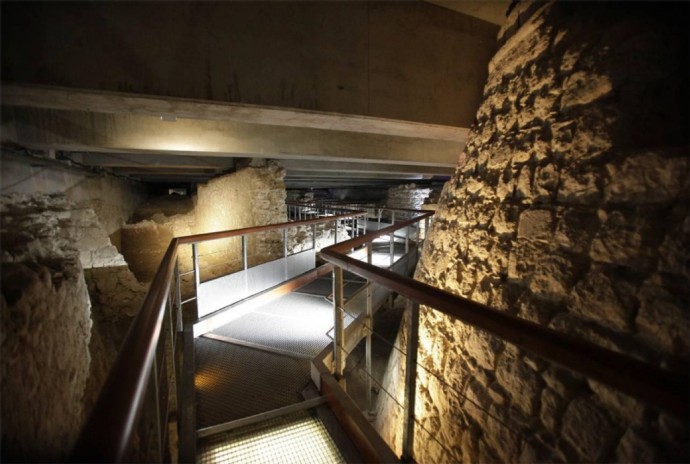 In 2006, the tramway works in Nice revealed what is considered a major archaeological site that runs along the river Paillon between boulevard Jean Jaurès and Place Garibaldi.

The crypt, a 2000 square metre rectangular vault, enables the visitor to see what was disclosed namely the city rampart foundations dating back to the 14th century and one of the main doorways: la Porte Pairolière.

Here is a new way to learn about the history of our beautiful town.  Since the middle Ages, Nice had been the stronghold of the county of Provence, and then of the duchy of Savoy and its fortification was the spearhead of the defence of the county of Nice until Louis XIV decided otherwise.

So, here we have over 3 centuries of history under our eyes.  The « Porte Pairolière » formerly called « Porte des Augustins » corresponds to the main doorway towards the north of the city and Italy.  What does « pairolière » mean?  Apparently, it comes from the nissart name for « cauldron », « pairoù », and refers to the boilermakers street, today « rue Pairolière », which came out on Porte Pairolière.

Some texts from the 15th century mention a ditch and a drawbridge and parts of the built wall were discovered during the excavations.

The 16th century was crucial in the history of the local defence system that was adapted and fortified according to the development of artillery.  The excavations have disclosed other holdovers of that century such as a dyke wall along the Paillon that was meant for protecting a ground planted with orange and lemon trees. And also an underground aqueduct for irrigating the gardens built in the 1560s.

Although there are no texts to testify, all specialists agree on the presence of the first Saint Sébastien bastion, its northeast wall and the rebuilding of its tower.  This rectangular building is that of Porte Pairolière.  Rebuilt, it served as double door entrance.  The outside walls were over 4.30 metre thick, a record in sturdiness!

The 1563 siege left tracks on the site like the visible cannonball impacts on the outside cladding of the Pairolière bastion.

Those vestiges, discovered in 2006, were listed historical monuments 6 years later owing to their rich testimony of our local past.  The crypt reveals them to contemporary eyes with all their grand quality.  Whether you are a niçois, a tourist, an inexperienced amateur or a connoisseur in archaeology, the visit is a must-see!

Visits on reservation: Wednesday, Saturday and Sunday afternoons.
Reservations may be done on line 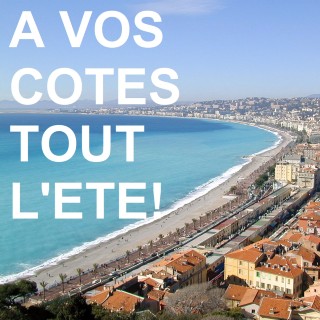 C21 LAFAGE TRANSACTIONS BY YOUR SIDE DURING SUMMER
To accompany you throughout your projects, our 8 agencies remain open all summer!