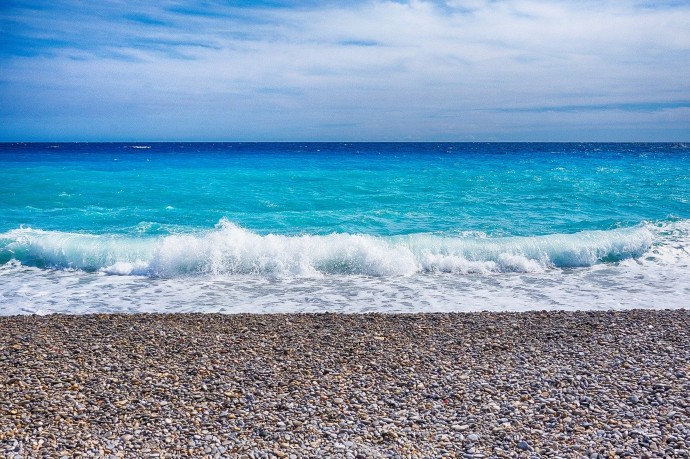 Before the mass arrival of summer tourists, creamed bathers, ready to be one with our big blue sea, we may watch a strange dance of mechanical shovels, lorries and building plant machinery going back and forth the beach along the Promenade des Anglais.
What’s that all about?
The shingle beach is freshening up. That’s a way of saying that the grey pebbles are being renewed. After winter, rough seas and tempests, pebbles leave the shore; they
go away!!! Where on earth??? A lot of people would like to know and for good reason. To start with, the cost varies between
350.000 and 500.000 euros according to the damage and needs each year.
Nice Town Hall keeps a close watch on the state of its beaches. The “Parisien” daily explains that the municipality is at the cutting edge of technology to look after the seashore.

Drones for photo, 3D modelling and chipped pebbles… The data thus collected are as useful as unexpected. We learn that a peb le stone moves about 30 metres a day by calm sea from east to west. The local daily wrote last m nth that Pisa University, Italy, takes an interest in the odd phenomenon. What for? What do they do with the collected data?

According to Julien Larraun, the engineer in charge of the sea problems, it would enable to predict and anticipate the natural movements in order to renew only parts of the beach. That would mean using fewer machines and lorries and so cause less pollution. The stones used here come most frequently from the nearby Paillon River. But, occasionally they are imported from the distant Durance River, causing thus more C02 emissions.

The grey of the stones is due to the limestone. The average local pebble is between 2cm and 8cm long. When bigger, it is not very comfortable to walk or lie on it.

This small stone worn and polished by rubbing against each other in the sea is much more useful an essential than commonly believed. If the shingle were not renewed each year, there would be no beach left and the sea would probably reach the Promenade des Anglais pavement The grey pebble is not only a distinctive feature of our seashore but also part of our local heritage. Disparaged by many because less soft and comfortable than sand, it is considered by others more hygienic. But take it for sure, Nice inhabitants are fond of them and tourists don’t stay away from them. Let’s just consider the visitor numbers of the beach in summer 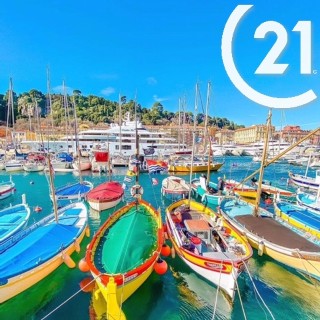 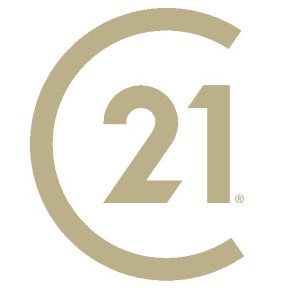 IT'S SUMMERTIME! YOUR CENTURY 21 LAFAGE TRANSACTIONS AGENCIES STAY OPEN!
Summer has arrived! And with it, the time to concentrate on your projects! 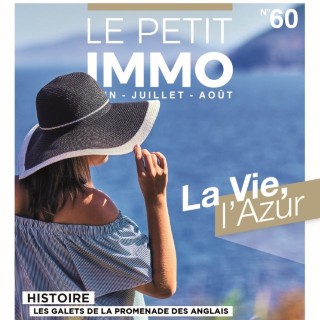 LA VIE, L'AZUR: THE NEW PETIT IMMO
​Summer has arrived, and with it the new edition of the Petit Immo!
Headlines