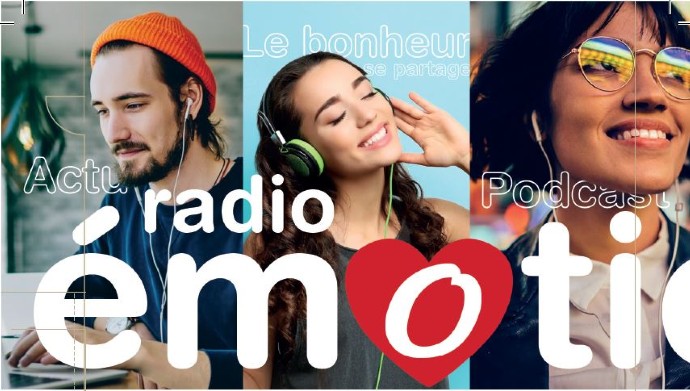 When asked what the favourite radio on the Côte d’Azur is, the answer immediately bursts forth: “Radio Emotion” and right you are! And who is behind it? First comes Pierre Alberti the founding father of Radio Nostalgie.
He made the local radio a major rendezvous in our surroundings. He also gathered a great team of administrators and radio presenters whose cohesion ensured success. François Galatioto is in charge of it. We have the story.

François’ adventure with Radio Emotion started in 2011. But as far as he can remember, his dream had always been to work for a radio. Presenting a programme was his teenager’s vocation. So, when he was 15, in order to enter the fascinating radio world, he took part in all sorts of games, lived with headphones fastened to his head, listened to all presenters, analysed their delivery, their intonation, trying to understand how a radio and a programme work. One evening, he heard that NRJ Nice was looking for a temporary unpaid switchboard operator. He immediately applied. His first job, his first experience, François was only too happy to do it. After that, one post came after the other, with crazy time slots; he accepted them all in order to get more experience, more professionalism. Then he got his first paid job, the one he had been waiting for that sent him to a ski resorts radio. After that he got a more journalistic contract on Trafic FM, which enabled him to acquire more knowledge. Finally he arrived at NRJ as a presenter and on air coordinator. He’ll never again leave his mike. In 2004, François entered Kiss FM for four years. There, he gathered more experience and a true and intense apprenticeship.

In 2008, François joined Nostalgie where he met Pierre Alberti. Pierre heard of a young talented and hardworking new recruit. He met him and it immediately appeared that they had a lot in common. They understood one another; they shared the same moral fibre. François is ever so grateful to Pierre who gave him the opportunity to join Radio Emotion family and become operations manager. However, François is not one to remain in a comfort zone. Dynamic and creative he had to move he lines. In 2013, he was promoted managing Director of the Radio. For all that he’ll never quit his mike. An experienced presenter, he loves contacting his listeners. The link he has created with them is his daily food for thought.

Bruno Alberti, Pierre’s son, is a consulting partner for the radio. The three of them work in close relationship. François shares the Albertis’ values. Mutual loyalty, respect, friendship are the cement of their relationship and of their shared objective. François will soon be promoted to a new position, but it’s not time yet to talk about it. He knows his luck, an opportunity at the level of his gratitude to Pierre and Bruno.

This is the happy family that brightens up the daily lives of our locals. You may drop one day in the premises of this unusual radio. You won’t regret it! 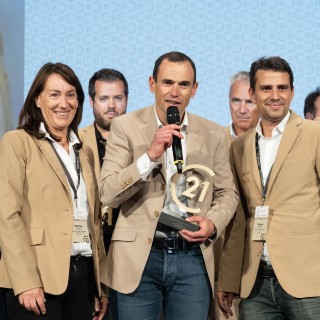 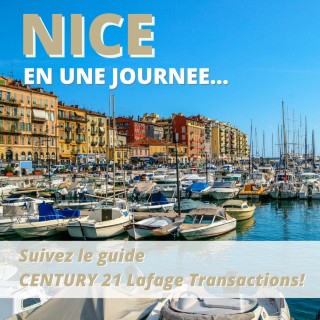 WHAT TO DO IN NICE IN ONE DAY?
Passing on the French Riviera, you want to visit our beautiful city of Nice but only have [...] 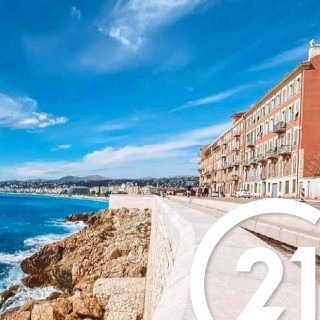 BUY AN EXCEPTIONAL VILLA ON THE RIVIERA WITH CENTURY 21 LAFAGE TRANSACTIONS
Seduced by the exceptional living environment offered by the Côte d'Azur, are you planning[...] 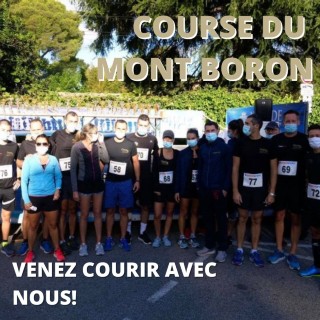 MONT BORON RACE: COME AND RUN WITH US!
Come and run with us! Like every year in mid-October, the CENTURY 21 Lafage Transactions t[...]
Headlines