The symbolic place perched on the rock that falls into the deep blue sea, La Réserve, is an open invitation to dream.  In 1878, it was a prestige Hôtel-Restaurant named after its private fish tank.
Today, if you dial their phone number, you will be put through the jazz standard “C’est si bon” sung by Yves Montand, as background music. That is not a veiled reference to the dish you will delight in but to a tale that has to be told.

In 1947, the Réserve pianist, Henri Betti composed the opening and closing time tune he would perform at dinner service: “C’est si bon”. Later on, Henri Betti accompanied Maurice Chevalier, composed for other artists and music halls (Le Lido, Le Moulin Rouge).  Dean Martin, Louis Armstrong and many more singers took on “C’est si bon”, and made it the planetary standard it is today.

When the place was turned into a condominium, the fortunate new owners had but one dream, give La Réserve its old splendour back.  They chose Jouni as Chef, expecting him to make the restaurant a gourmet one.  After working for three years with Jouni, Sébastien Mahuet took the restaurant over from him in 2009.

The young chef is obviously not new in cuisine. He learnt it at Franck Putelat’s school in Carcassonne.  He worked successively with Olivier Streiff as his second at Vista Palace (cf Petit Immo N°24), at Eze “La Chèvre d’Or”, at Monaco Métropole Palace, and at Jacques Chibois’ Bastide in Grasse.

He first fell for cooking in his grand mothers’ farms in Maine et Loire where he was born.  Then, as the colours and flavours of the South appealed to him, he reached the French Riviera.  He speaks feelingly about the Mediterranean seaside that has taught him everything.  “The Mediterranean sea brings sunlight to our plates, offers the wide range of its summer colours, its lightness and its balance” he confides. Recently, he was awarded a Golden Gault et Millaut destined to reward young talented chefs.
S. Mahuet remains a simple and approachable person.  In his Afternoon Cuisine Course, he generously unveils his secrets of simple cuisine techniques to his learners.  The course closes on a champagne aperitif, a dinner for two and a souvenir-basket.  An enticing “try it and see” adventure!

Sébastien Mahuet meets with success with a colourful and inventive simple cuisine that is always made with fresh season produces.  What best characterizes him are the terms: dynamic, enterprising and promising.  The rumour has it that his talent and creativeness are such, that one will hear of him in the near future.  It’s worth keeping an eye on him! 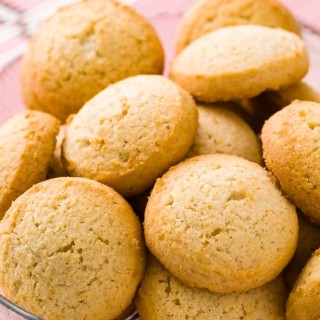